Removals to Spain from USA

Are you an American citizen and want to move to Spain from the USA? We help you with all the procedures so that you can move to Spain immediately.

Move to Spain with the help of experts in international mobility and relocation. We have been carrying out removals to Spain from all over the world for over 30 years.

FREE QUOTE FOR MOVING TO SPAIN 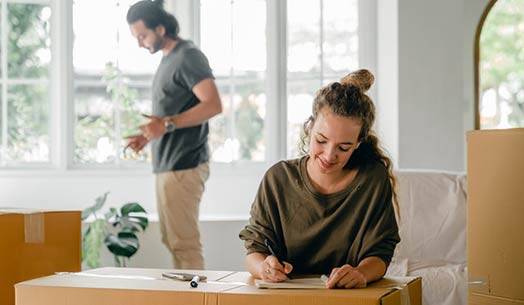 Moving to Spain from United States

Do you want to move from USA to Spain? We help you with all the necessary procedures:

Cost of moving from USA to Spain

The cost of moving to Spain from United States, can be around $ 4,454.80 Although the final cost of the removal will depend on several factors: distance between the home of origin in the Leeds and the home of destination in Spain, the state of the access to the homes, the volume of the move and the need to hire additional services.

Additional services for your move to Spain

The services you can request in addition to completing your removal to Spain from United States are:

Request a free quote for your removal services to Spain

Move to Spain from United States or from anywhere in the world. Get your free, no-obligation moving quote, with detailed information on costs, price and moving services.

GET YOUR FREE MOVING QUOTE

Moving to Spain belongs to the Mudinmar Mobility group, the Spanish international moving company with more than 30 years of experience in the global mobility sector. The ‘Moving to Spain’ seal was created to offer specialized services in removals to Spain from anywhere in the world.

✔ We have offices and delegations in the 3 most important cities in Spain: Valencia, Madrid and Barcelona.

✔ We work with a vast network of international agents in more than 160 countries around the world, through whom we coordinate the moving services to Spain.

✔ We can also offer other services in addition to removals, such as pet and vehicle transportation, through Relomar, the division specialized in relocation services that also belongs to the Mudinmar Mobility group. 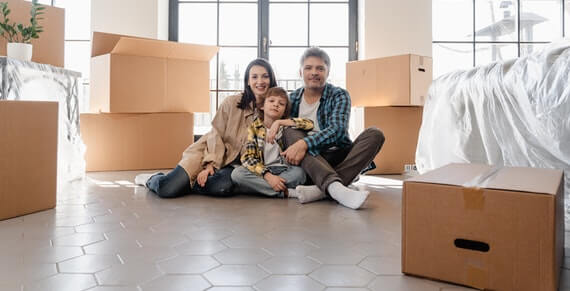 Information for moving to Spain from USA

Once the move to Spain has been made…

You will have to:

Procedures for living in Spain

U.S. citizens who want to move to Spain to live, work or study will need to obtain a visa from the Spanish Embassy in their home state prior to moving to Spain. Upon arrival in Spain, you will have three months to apply for the corresponding permit at the Spanish Ministry of Interior.

After living in Spain for five years, you can apply for the right to permanent residence in the EC. This will allow you to live and work in Spain, and in the rest of the EU, for as long as you wish.

If, after ten years of living in Spain, you want to officially call it home, you can apply for Spanish citizenship. You will then have the same rights as Spanish citizens, including the right to vote. In some cases, this can happen in a shorter period of time – for example, if you marry a Spanish citizen. Applications mean that you must give up your U.S. citizenship.

Work permits to live and work in Spain

If you are an American, you will need permission from the Spanish government to live and work in Spain. This means that you must apply for a work visa.

To apply for a work permit to live in Spain, you must complete the corresponding application form and submit the following documents to the Immigration Office:

Residence permits for living in Spain

There are many types of temporary residence permits. For US citizens or citizens moving to Spain from the USA to work, a work visa will suffice.

If the U.S. citizen is not moving for work, he or she would need a nonprofit residence visa, proving that he or she has sufficient economic means to subsist during the time he or she wishes to stay in Spain.

To apply for a temporary residence permit, an initial authorization with the corresponding documents and forms is required.

In order to obtain a permanent residence permit as a citizen of the USA, you need to:

Information about the Spanish Embassy in the USA and its Consulates

The Spanish government has consulates throughout the United States. Their mission is to offer various legal-administrative services valid in Spain to Spanish citizens, and also to foreign persons with some connection to Spain (including the issuance of visas). There are consulates in Washington, Boston, Chicago, Houston, Los Angeles, Miami, New York, San Francisco and San Juan de Puerto Rico.

Directory of Spanish Consulates in the USA: https://www.exteriores.gob.es/Embajadas/WASHINGTON/en/consulates/Paginas/default.aspx

The Embassy of Spain is located in Washington, D.C. (2375 Pennsylvania Ave, NW. http://www.exteriores.gob.es/Embajadas/WASHINGTON/en/Embajada/Pages/Directory.aspx

Request a free quote for your removal services to Spain

Move to Spain from United States or from anywhere in the world. Get your free, no-obligation moving quote, with detailed information on costs, price and moving services.

GET YOUR FREE MOVING QUOTE

Where should I move to in Spain?

Is moving to Spain from USA a good idea? There are many people who want to move to Spain from USA. Because of its quality of life and the pleasant climate of the territory, Spain is one of the most recommendable countries for Americans who are considering moving to Spain. If you want to make your move from the USA, these are some of the best cities to live in Spain for expatriates and US citizens:

Is Spain a cheap country to live in?
Compared to other European capitals, Spain is a cheap country to live in. Although there may be differences in the cost of housing, food, clothing and transport between the different Spanish regions.
Compared to the USA, US citizens consider Spain to be cheap to live in.
How much money do you need to move to Spain from USA?
It is possible to move to Spain from the USA and live for less than 1,000 euros per month and live comfortably in the country for less than 18,000 euros per year.
The cost of the move will depend on the volume of the move, the type of transportation, the dates chosen and the destination in Spain. A move to Spain from the USA can cost an average of 5,000 euros
Is it hard to move to Spain from USA?
Moving to Spain may seem complicated at first, but with the right help it will be very easy to settle in the Spanish territory.
Some aspects to take into account when moving to Spain are Finding housing (owned or rented) in Spain, obtaining a visa, proper planning, and mentally preparing for the culture shock, since the American and Spanish cultures are different from each other.
What do I need to do to move to Spain from USA??
If you are moving to Spain for work from the USA, you must apply for a Spanish work visa.
If you are moving to Spain after retirement, you will need to apply for a slightly different residency visa and prove that you have sufficient funds to settle in Spain.
What is the average rent in Spain?

If you are thinking of moving to Spain from the USA, considering renting a home may be a good option. The price of renting a property in Spain is around 600 euros.

If you are moving to cities and towns far from the main cities of Spain, you can find housing for rent for less than 400 euros.

What is the average price of a house in Spain?

The average price of a house in Spain per square meter is 1,500 euros

Depending on the area of Spain to which you are moving from the USA, the price of the house will go down or up. Moving and buying a house in the main cities of Spain (Madrid, Barcelona, Bilbao…) is more expensive than buying a house in municipalities farther away from metropolitan areas or in rural environments.

If you are thinking of moving to Spain from USA, these are some of the best destinations to move in Spain.

We offer our moving services to Spain all over USA